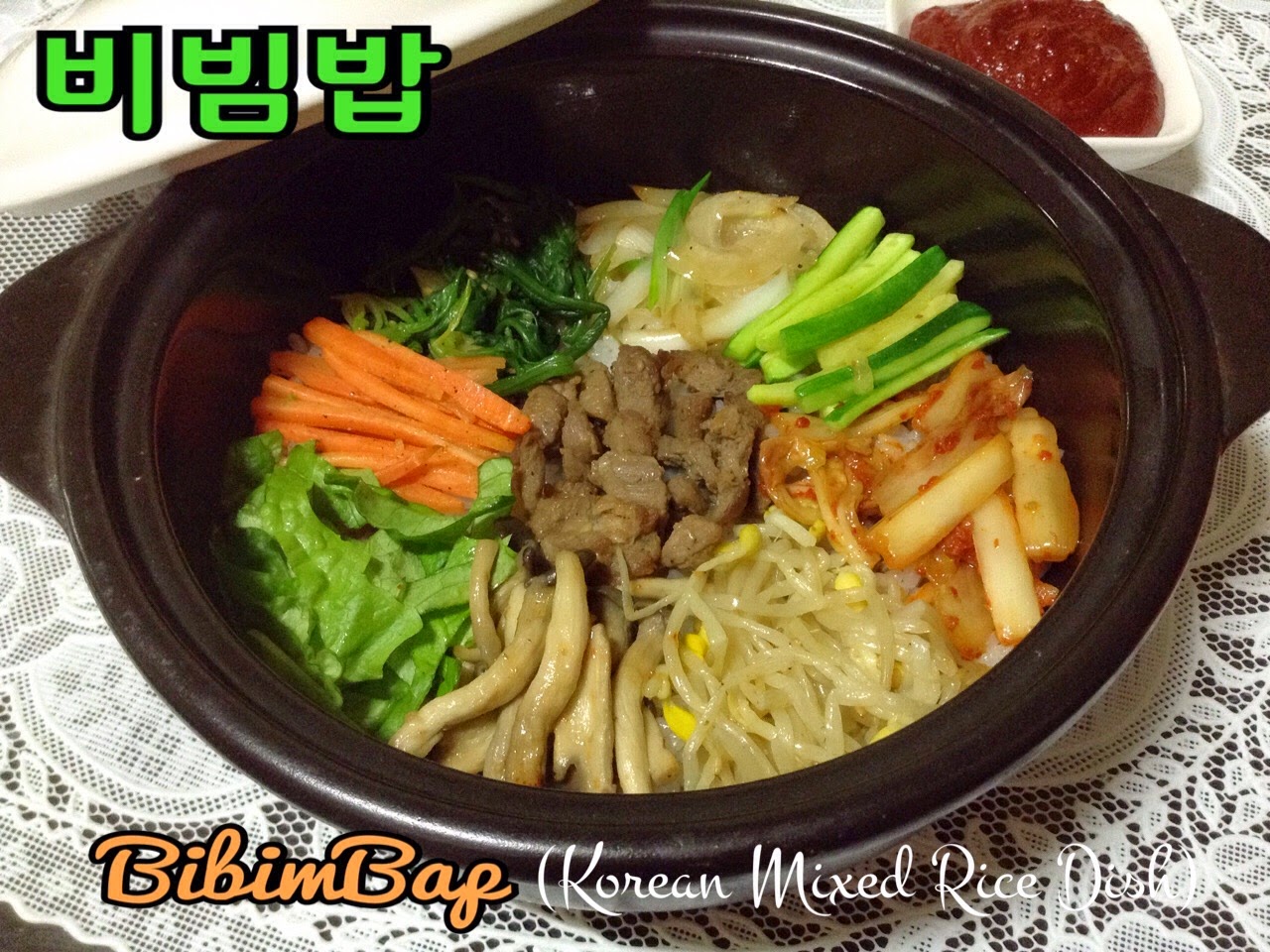 I find bibimbap {Korean mixed rice} to be a visual stunner.  She’s a gorgeous thing with all sorts of colorful veggies stacked up neatly in a circle on her bed of hot, fluffy rice.  She even has a sunny, yellow hat!  One of the most beautiful aspects of this dish is that every ingredient has something different to bring to the table.  There’s the fern brake that’s chewy and tender, the satisfying crunch from the sprouts, gooey richness from the yolk, and that gentle smokiness from the sesame oil.  Pair that with the fact that you can really make bibimbap with whatever you have/like, it’s pretty much perfect in my book.   Really, I could go on and on but I doubt anyone wants to read an abridged book version of my love for Korean food.

It’s best served in dolsot bibimbap form.  The same dish but served in a very cool (hot) stone pot.  I’m very, very sad to say that I do not own one.  It’s fantastic because it serves your entire meal piping hot and it develops a delicious, blistered rice crust on the bottom that you can later swirl around with hot water to drink and cleanse your palette with.