I know you’re not suppose to, but I like to feed them my sandwich crumbs anyways.  Technically, you’re not suppose to do a lot of things and why not indulge in a bit of weekday rebellion?  lol–there are signs posted everywhere and I doubt these fat Birds need any extra nosh anyways, but I’ve been in a particularly jolly mood all day and wanted to share what I could =D

This little guy wasn’t even scared.  I think I could have bundled him up on my lap if I’d wanted to, lol.

The early breaths of Spring are glorious.  It’s pre blistering, suffocating heat where just stepping outside steals your breath away and when you come in and you’re not entirely blotched with angry hills of Mosquito bites.  For me, this is what perfect days are made of.  Basking in the glinting Sun, absorbing both Vitamin D and Happiness, surrounded on a Blanket Island amassed with a stockpile of food (enough to feed a small army or a very hungry Squishy Monster). 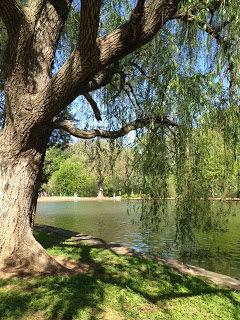 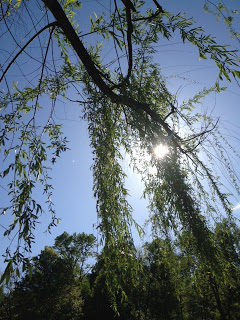 The view from my Blanket.  A Weeping Willow Tree, much like the one that guarded over Pocahontas (in the Disney version) =D 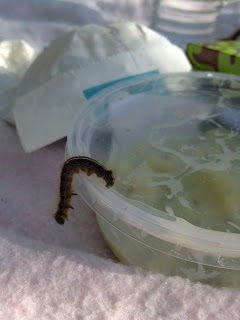 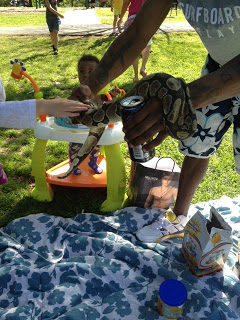 This made me laugh so hard!  Baby in tow, Tattoos, Beer, Goldfish Crackers, and a Snake that some other persons Kid is petting.  I must’ve gotten “Picnic Priorities” wrong

I ran into him when I was walking to the Restroom.  He jumps up and tells me to “watch out!”  I pause and he has this grin on his face and proceeds to tell me that his “snake is hanging out.”  He told me that he likes to come to the Park and “walk his Snake.”

Eh, that’s his prerogative, I suppose.  Mine is to live life the best way I know how which somehow gets deranged into mashing as much as possible into a single moment (which will drive.you.crazy).  The Park was a sight for sore eyes.  It allowed me to shed the things that inevitably get wound up as you’re pressed day in and day out of what all is expected from you–like a Winter Coat.  One of the things that were so astounding for me in Hawaii were the many shades of Green there were.  I feel like I spend so much of my time indoors because of Work or time spent in the Kitchen that being softly nestled on Green Grass, gazing at the Blue Sky, lit by the Golden light of the Sun, and feeling such gentle warmth envelope me with breeze tickling my face was all something I feel as if I’d momentarily forgotten about.  So I hope that everyone is able to go out and “smell the Roses” as they say.  Even if only for a moment =D

Sparkle Like a Diamond
How I Lost 20 Pounds – No Calorie Counting
Food and well, more FOOD!
Brokenness