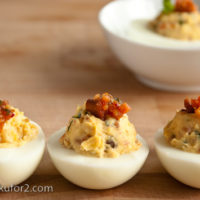 Kimchi bacon deviled eggs are creamy swirls of yolky goodness topped with crumbled bacon and accented with piquant kimchi for a fun fusion twist on deviled eggs. My parents are coming for their first visit to our new home in St. Croix this week and of course the first thing I did upon booking tickets..read more 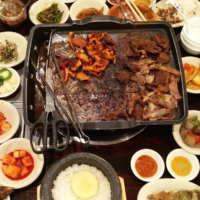 Korean BBQ bulgogi reimagined in 3 different, unique and delicious ways. Our affinity for grilled meat is great in our household.  Considering the grand affair that Koreans like to make of tabletop barbecue, it only makes sense.  Pork belly to ribs, we love it all. Todays video is all about Korean bulgogi which literally translates to..read more