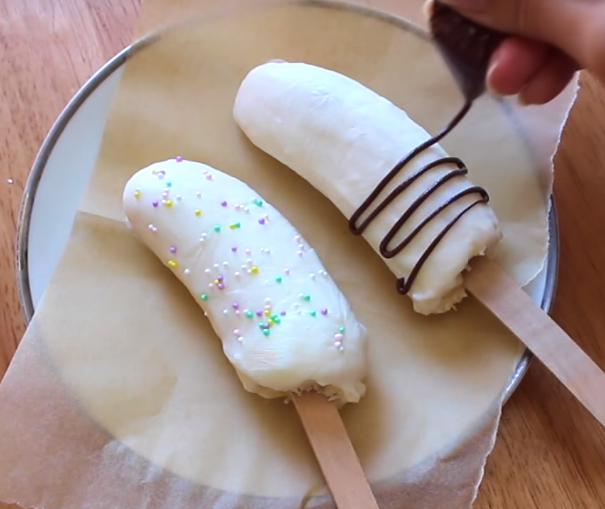 All 3 of the desserts I want to share with you today are fast, easy and no-bake.  Each one individually only takes mere minutes to whip up and they’re immediately satisfying.  My favorite from the line up has got to be a tie between the apple pie smoothie and magical chocolate pudding.

The apple pie smoothie is a more indulgent rendition of a healthier one that I’ve been drinking for awhile now but just for fun, I put this dessert-like one together and it’s irresistible.  If you’re wondering, the one I typically make for myself is composed of frozen apples, freshly squeezed lemon juice, hemp seeds, oats, ceylon cinnamon, coconut milk and dates.  Not a huge variation but trust me when I say the recipe listed below is without a doubt, autumn/apple pie in a cup that tastes more like dessert than the healthier shake of the former I mentioned.

The magical quality of the chocolate pudding is the tie here because of its delicious versatility.  When served straight away at room temperature, it’s a perfect dupe for classic chocolate pudding but when whipped with a bit of extra elbow grease, it whips into the lightest chocolate mousse ever.  What’s more is that when the pudding is chilled, it takes on the consistency of chocolate buttercream that’s accidentally {at least for me, anyway} vegan!  I can’t tell you just how heavenly it is to dive into a dish of silky chocolate “frosting” and feel like you’ve gotten away with something.  Feel free to scale back on the sugar or use a sugar substitute and thank me later for quick and easy anytime chocolate “buttercream frosting” that tastes so much like the real thing, you won’t believe it.

Of course, the banana pops can’t be forgotten about.  Frozen bananas have long been part of the instant “ice cream craze” that I’m sure you’re familiar with the creamy custard-like consistency they take on when they’re frozen.  You can flavor them with practically anything and I’ve amped them up here with a layer of tart yogurt, sprinkles…and chocolate!  These would be a perfect treat to substitute for traditional popsicles for your kids and why not let them decorate their own for a fun craft to do with them?