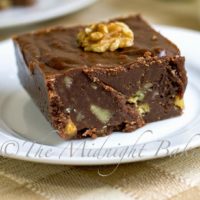 New year, new you.  Or at least I imagine that most folks are aiming to get healthier for the new year.  I can just about jump on any green juice-yoga-superfood band wagon unless there’s a threat to my dessert.  I’m big on dessert so I figured out a way to have my cake and eat..read more